A bunch of the 5th graders I teach have started creating their own customizable card game. It’s called Invasion, and all I can figure out so far is that it involves an attacking player trying to push through a defender’s defenses and kill his characters. I have no idea how the actually gameplay works. They spend most of their free time laboriously drawing hundreds of these cards, each with their own names, illustrations, stats, and powers. There doesn’t seem to be any mechanism to balancing these cards, everyone just makes cards they think are cool. 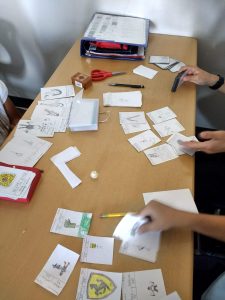 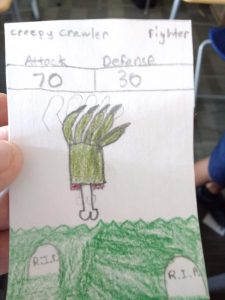 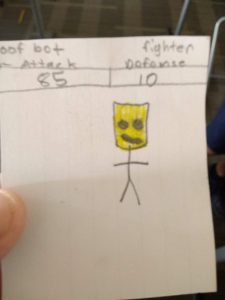 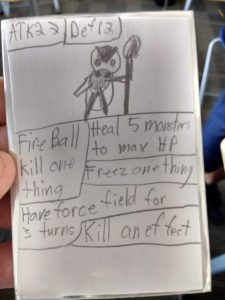 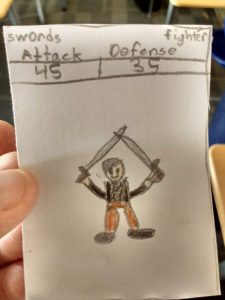 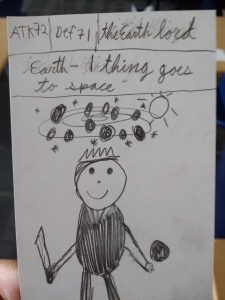 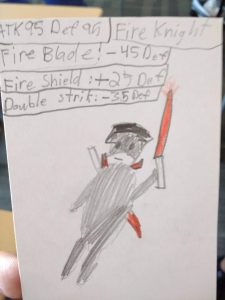 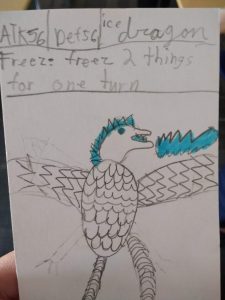 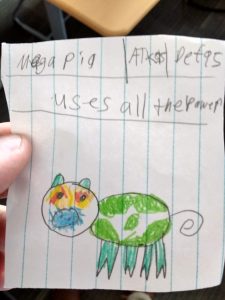 This blog (as well as the Questing Beast YouTube Channel) is supported via Patreon. Consider becoming a supporter to get shoutouts in my videos and receive draft documents of the Maze Knights RPG I’m developing.