Maze Knights continues to evolve as a system, but today we’ll be looking at the look and feel of the game. It doesn’t have any art right now, but it does have a pinterest board if you want to see what it looks like in my head. Building this board has been very important to the game’s development, as I find it hard to work on a projects before I lock down the aesthetics. It gives me a more complete sense of the world, and ends up guiding a lot of my other decisions. As Skerples pointed out, making a good game is not so much making all the right decisions as it is making consistent decisions in the same direction. Aesthetics is the first decision I make. It also helps me narrow down artists I might be contacting in the future to do illustration work.

As I’ve been collecting images for Maze Knights, I’ve started seeing a pattern in the images I like.

The biggest single influence was probably Final Fantasy IX. It’s a game I’ve only started playing recently, but I had a copy of the Art of Final Fantasy IX as a young teen and the look of it stuck with me every since.

If you want to follow along with the development of Maze Knights and get regular rules packets, consider supporting Questing Beast on Patreon.

I just found the Paper Towns subreddit, which I’m convinced is one of the best RPG resources I’ve ever seen. It contains hundreds of high-quality paintings and drawings of ancient and medieval cities – just print them out and write a key over them or a random table, and you’ve got yourself multiple sessions of content. Players think completely differently when they can actually see the layout of their surroundings and can plan accordingly. Here’s a few of my favorite maps below. 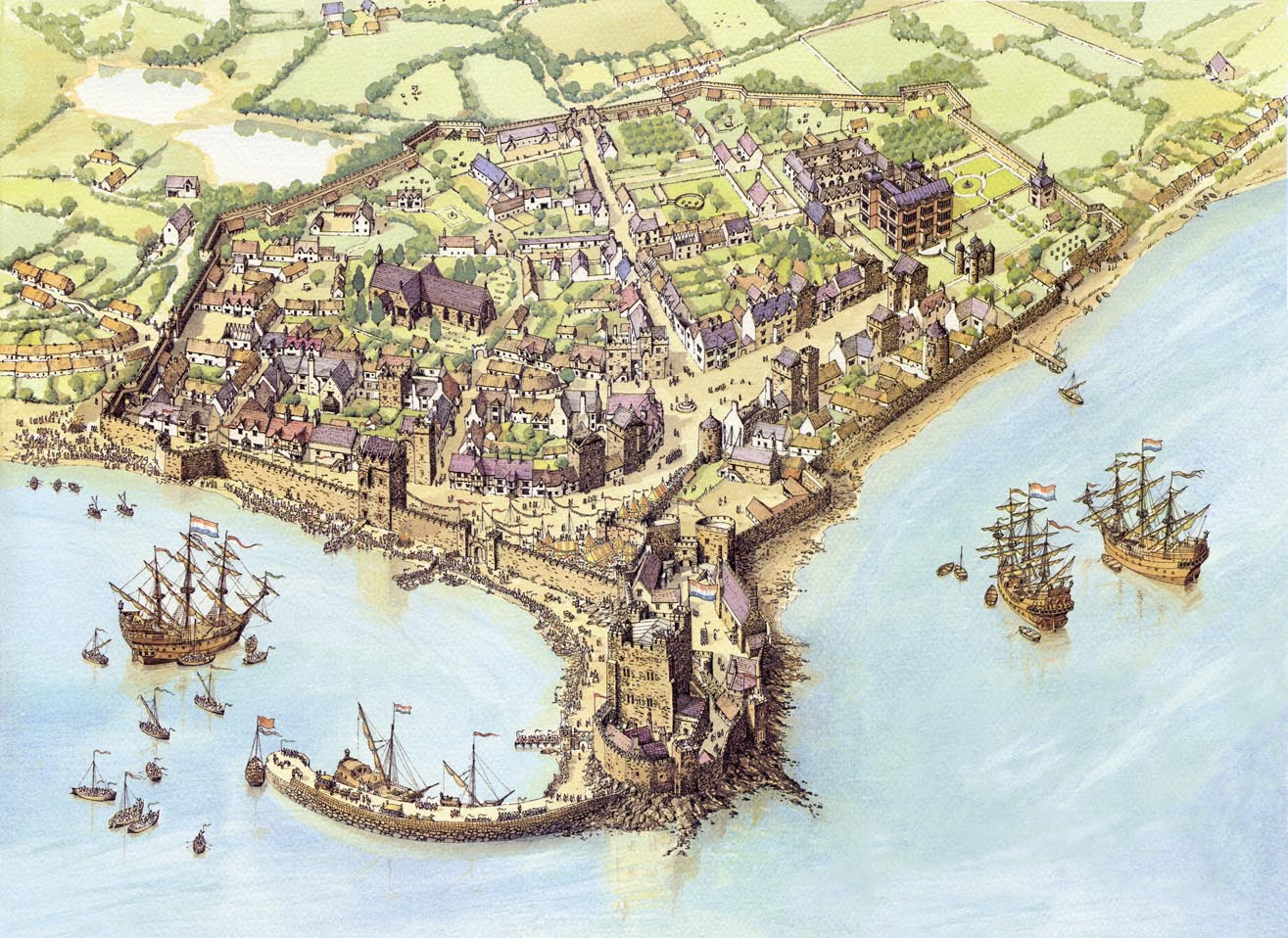 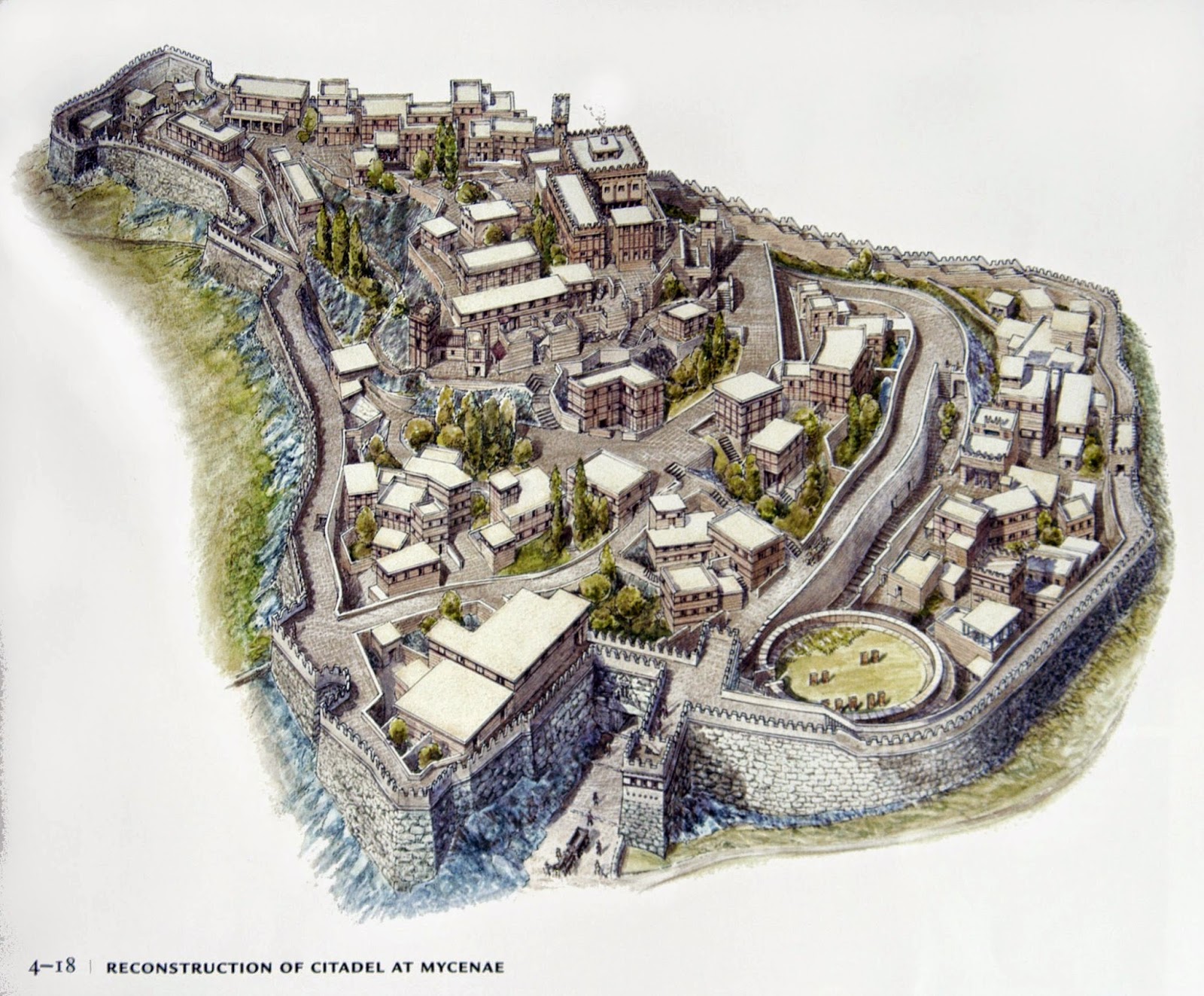 The elevation in this one is great, as are all the ways around the rooftops and the twisting roads. 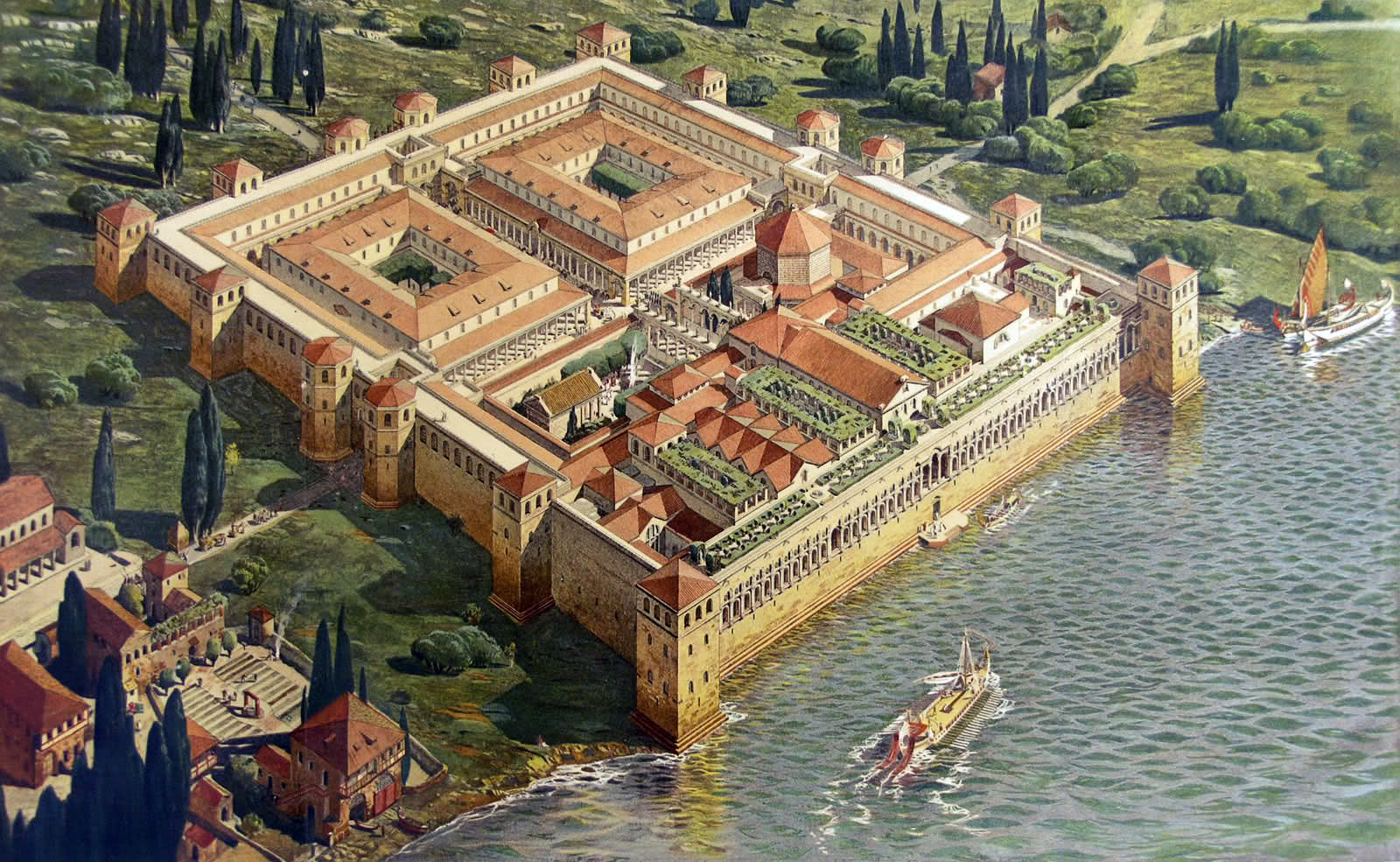 Diocletian’s palace is basically begging to get robbed by some murderhoboes in the dead of night. 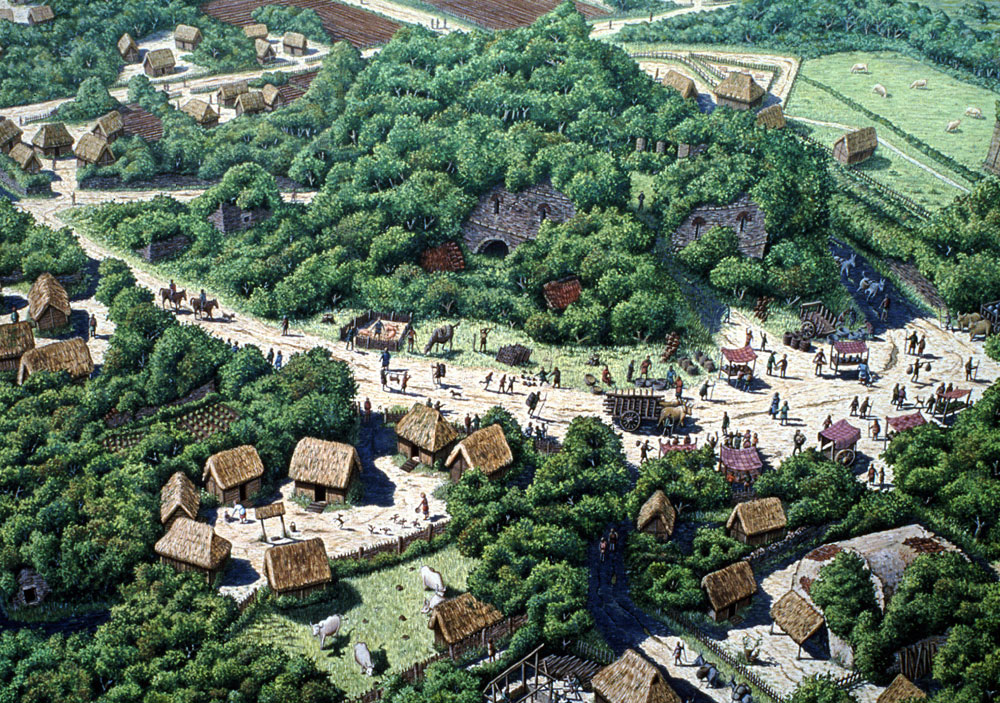 I love how concrete and specific this one is. You get encounter hook ideas just looking closely at it.

The latest commissioned map I’ve completed for a GM. Click for a bigger view. You can also go here to see more of my maps. 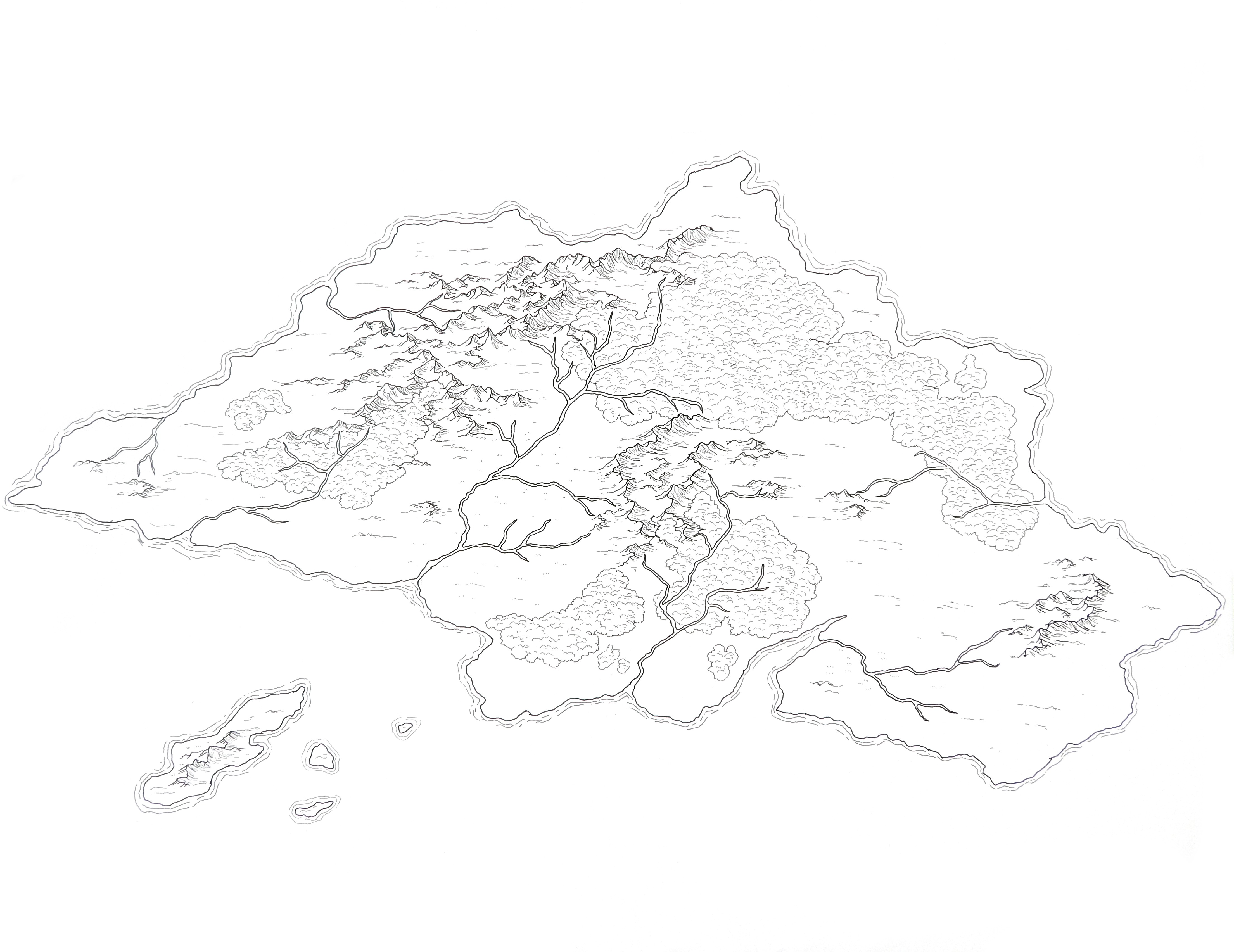 I’ve also made a quick video giving an overview of its features.

The Hunting Grounds is a setting concept I’ve been mulling over for a few months. There isn’t much to it yet, but it’s about to time to start putting it in writing.

The world is a nearly pristine wilderness of dense, deep forests (called the Weald), sheer mountains, and roaring rivers. Think a kind of romanticized vision of barbarian Germania and Helvetia. Mankind’s cities are essentially fortresses, either lodged up in mountains passes, perched on fortified hills, or in some other strongly defensible position. It’s not a distopia; the cities are thriving in their own way and they’ve all adapted to the world in one way or another, but there’s a strong dichotomy between being enclosed within a settlement, and being outside, in the wild.

The world is beautiful and deadly, filled with sound, life, and ancient, slumbering awareness. The mountainous landscape is carved with valleys and ravines, sheer cliffs and sudden swarths of bracken. The forests alone can spell the doom of an untrained traveler, but the ruined settlements and lost relics of the old kingdoms buried in its heart often prove too much a temptation.

The reason mankind has barricaded its towns is not for fear of war. Although the cultures of the various cities have put them at political odds with one another, a true war has not broken out in living memory. The walls are there because mankind is not alone.

Within the forests and mountains roam hundreds of creatures, each one unique, each powerful enough to level a farmhouse and devour its owners before they’d have time to draw a weapon. These aren’t eldrich abominations. They are monsters, yes, but they are also as magnificent as they are terrible, imbued with the wild, untamable power of nature itself. Mankind would long ago have been destroyed by these creatures had it not been for the Wild Hunt.

The Wild Hunt are gods. They appear human, but stand twice the height of a man, have antlers of various shapes growing from their brows, ride steeds made of sunlight and moonlight, and live for nothing but the chase. They rarely interact with mankind, and seem more puzzled by their existence than anything else. Sometimes at night men can hear the unearthly sound of their horns, drifting over the Weald. Sometimes by day men find the site of their battles, soaked in the blood of gods and monsters.

That’s about it for now. One thing I like about this setting is that it immediately presents a number of questions.

Why are the gods on an eternal hunt?

What happens to the gods if they are slain?

What value might humanity place upon the blood or organs of a monster?

How were the old kingdoms lost? What secrets do they hold?

What is humanity doing in this world?

What kind of training is necessary to explore this world?

What are the cultures of the different cities like, and how do they answer the above questions?

Are there any gods who have taken an interest in humanity?