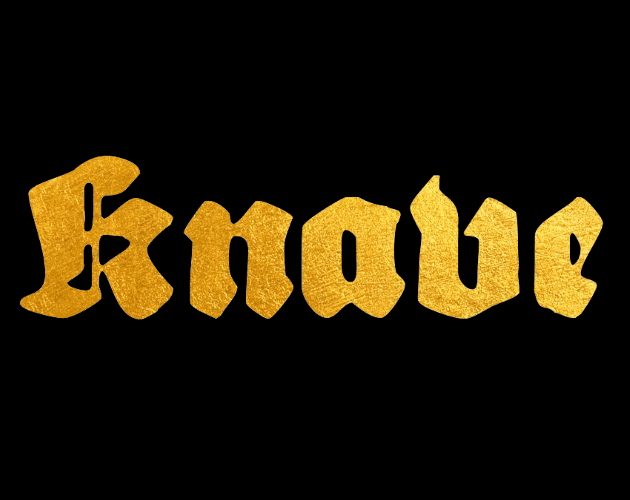 The finished version of Knave has finally arrived!

High compatibility with OSR games. If you have a library of OSR bestiaries, adventure and spell books, little or no conversion is needed to use them with Knave.

Fast to teach, easy to run. If you are introducing a group of new players to OSR games, Knave allows them to make characters and understand all the rules in minutes.

No classes. Every PC is a Knave, a tomb-raiding, adventure-seeking ne’er-do-well who wields a spell book just as easily as a blade. This is an ideal system for players who like to switch up their character’s focus from time to time and don’t like being pigeonholed. A PC’s role in the party is determined largely by the equipment they carry.

Abilities are king. All d20 rolls use the six standard abilities. The way that ability scores and bonuses work has also been cleaned up, rationalized, and made consistent with how other systems like armor work.

Optional player-facing rolls. Knave easily accommodates referees who want the players to do all the rolling. Switching between the traditional shared-rolling model and players-only rolling can be done effortlessly on the fly.

Copper standard. Knave assumes that the common unit of currency is the copper penny. All item prices use this denomination and approximate actual medieval prices.

Creative Commons Attribution 4.0 International License: You are free to share and adapt this material for any purpose, including commercially, as long as you give attribution.

Designer commentary. The rules include designer comments explaining why rules were written the way they were, to aid in hacking the game.

Source text. When you purchase this game, you also get a copy of the Word document I used to make it. Edit it to create your own custom Knave ruleset! (You will need the free fonts Crimson Text and Sebaldus-Gotisch to display it properly).