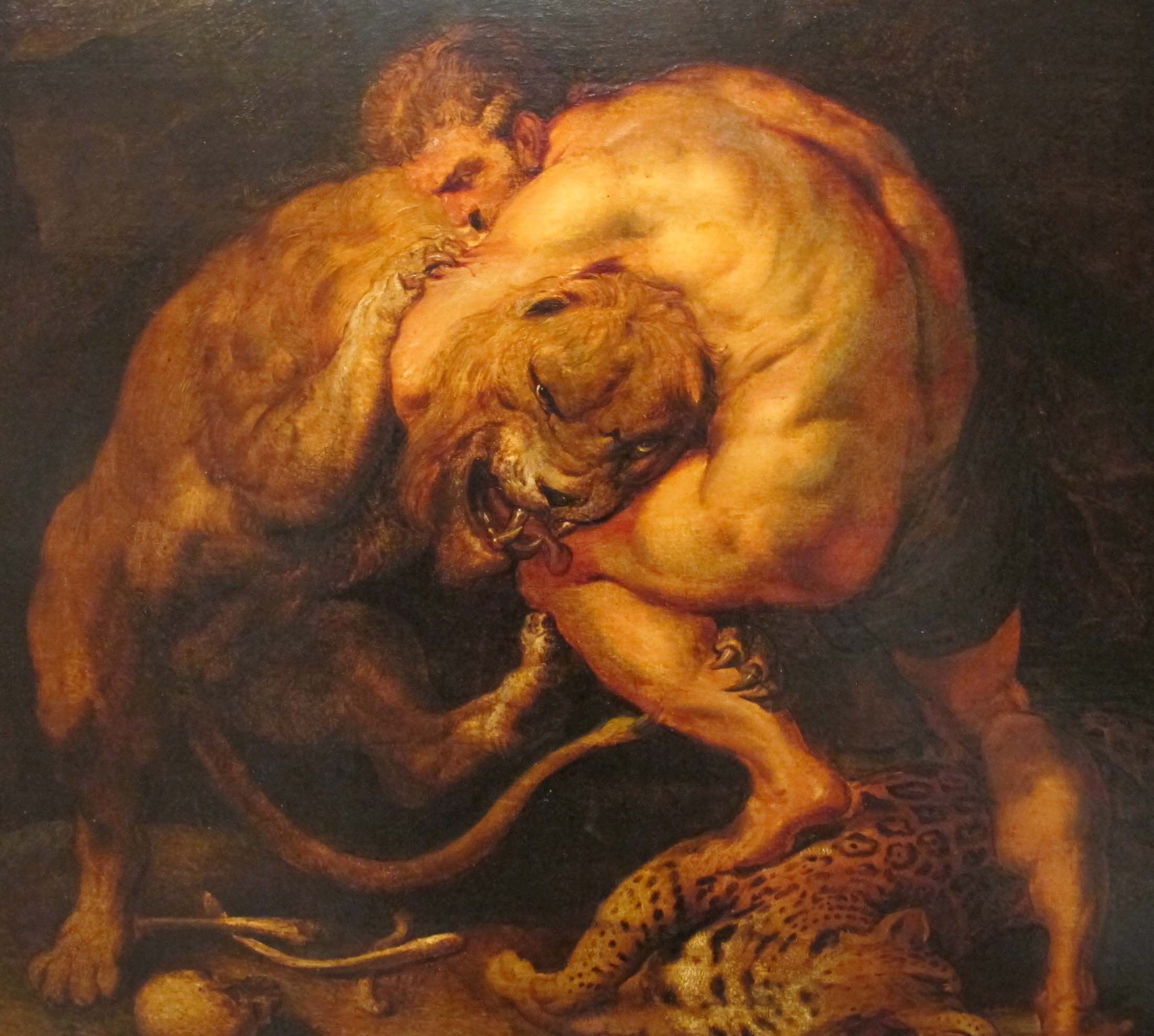 Over at Goblin Punch, Arnold has been talking about what makes an OSR adventure, and in particular what a good OSR challenge looks like.

This has led to a great discussion on G+, and even a community dedicated to making up these kinds of tasks.

However, thinking about this keeps bringing me back to my favorite OSR adventure, The Labors of Hercules. In this episodic greek myth, which sounds exactly like something out of a DnD campaign, Hercules has to atone for killing his whole family in a drunken rage. His penance is to serve king Eurystheus for twelve years, and ends up accomplishing twelve tasks for him. What nearly all of them have in common is that they require Hercules to solve a difficult problem in an unorthodox way.

There’s lots of other stories in which heroes overcome problems with ingenuity rather than brute force. Theseus and the Minotaur, Perseus and Medusa, the Trojan Horse etc. It seems to be a running theme in greek myths, which is what makes them so entertaining.